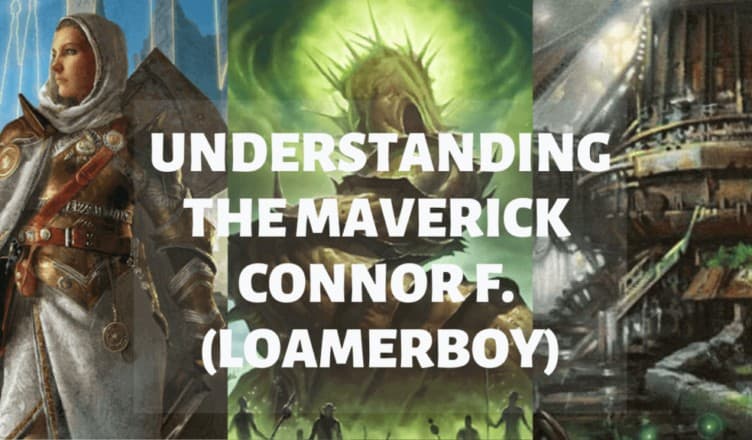 Connor, also known as Loamerboy, is a Legacy-green machine. He’s a notable player in the Legacy community, more specifically for piloting Maverick and Loam strategies. A huge thank you again to Connor for coming on the GreenSunsZenith.

1. Hey Connor, how did you first get into Magic?

I started playing competitive Yu-Gi-Oh when I was 13. From there, I quit playing before I got to college and didn’t get into magic until my sophomore year right before Theros block. My friend asked if I wanted to play and gave me some pretty cheap cards, and we played casually at my dorm in college. I started competitively with standard and the UW control deck that started with Theros back when Supreme Verdict and Sphinx’s Revelation were in Standard. Then I moved into Modern and played UR Twin religiously for a few years, and then after they banned Twin, I got into Legacy.

2. When did you get into Legacy? What decks have you played since starting?

I started tinkering with Legacy right before Twin was banned in Modern, which was a bit over 4 years ago. I took Sneak & Show for my first Legacy FNM, and I 4-0d despite never having played the format. I felt dumb because I was able to play super poorly and still steal matches. I’ve hated the deck ever since and never touched it again. 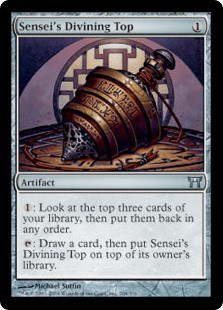 After that, I messed around with a few decks while top was still legal and tried to play Miracles, but wasn’t very good. I really started to get into it after the Top ban. I started competitive Legacy with Lands and had the best coach in the world: Jody Keith. I learned most of my skills from him and, after months of coaching sessions, I started to get better. But Lands didn’t feel 100% right to me. Something was missing. It was then that I found Loam – and that was that.

I live in Seattle, so the Legacy scene here is excellent. It’s one of the best and most passionate in the country, and we usually get 40 or so for our weekly Legacy at CardKingdom/Mox Boarding House. We have some incredible players here. People working at the forefront of innovation, and playing against people like Josh Monks, Richard Neal, Patrick Tierney, Jordan Aiosaka, Greg Mitchell, etc. has made me a much better player.

3. What drew you into playing the fairer decks of the format like Maverick or Loam? What was your first interaction with each?

I was drawn to Loam because it was similar to lands but it had less of a prison feel and a stronger toolbox strategy. I thought it was so cool that I could play 4 colors with planeswalkers, Dark Confidant, Chalice of the Void, and of course, the one and only Knight of the Reliquary. The first time I activated knight, I was sold. I made it my mission to master the deck and every interaction. I spent countless hours watching my Magic hero and the person that I consider to be maybe the best Legacy player in the world: Mats Ellingsen – AKA MatsOle. 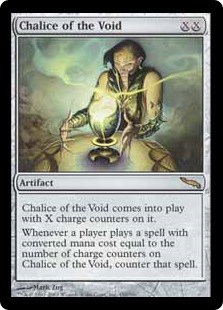 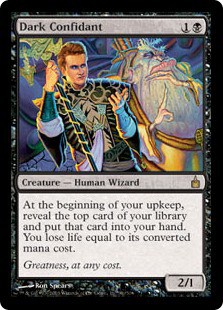 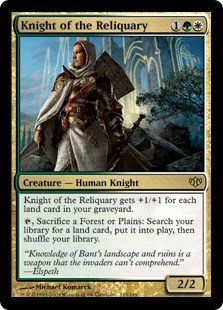 He is certainly the best Loam player of all time, and I tried to emulate his style, his sideboard technique, and his approach to the deck and the game. While I will never get to his level, he taught me a lot. But it wasn’t just him. I watched footage of Matthew Vook winning an SCG with the deck and learned from him as well. Those two are the best there are and to be in close contact with each has made me much better at playing and understanding the deck.

4. I’ve seen you’ve done a podcast with Leaving a Legacy. What made you choose to become ‘the Loam guy’?

I didn’t really decide to be the Loam guy. It just kind of happened. I’m a very social and passionate person and I wanted to talk to people about the deck and interact with others who loved it. Once I got better with the deck, I realised it was super hard to play.

The decision trees and play patterns were insane, and I immediately wanted to help others understand it better. And by doing so, I helped myself get better too. So I started writing sideboard guides based on how MatsOle would board for matchups. I took notes as he played and I just got this desire to grow the community and to be really involved with the deck and its players. Eventually, I started winning a lot more with the deck, finishing with 10 plus trophies on Magic online 3 seasons in a row, which got me noticed.

5. How do you feel about the different 4C Loam archetypes?

I think Punishing Fire has been at an all time low. I’ve been having a TON of success with blue Loam as of late and I think that it has become the defacto best version of the deck followed by 5c and then 4c red. I would not play the deck without Oko, Thief of Crowns until and unless Oko gets banned.

Blue has a much more consistent mana base because it doesn’t have to run grove. I guess the disadvantage is that you don’t have access to Punishing Fire, but it’s not been a card I’ve missed most of the time. The advantage is that you get to play Oko and Uro, both of which have been insane.

My win rate with the deck is hovering over 75% after 82 matches, and I consider the current version of blue Loam to maybe be the best version of Loam ever.

6. What do you feel are Loam’s best / worst matchups? Have any recent printings helped?

Loam’s best matchup is and has always been Eldrazi Post. It’s also very favoured versus Eldrazi Stompy, Lands, Maverick, and most delver variants. The worst matchup by FAR is Omnitell. Uro and Oko have made the deck favoured in almost every fair matchup. And Kunoros, Hound of Athreos has helped the deck against graveyard-based combo, but the deck still can’t really beat T2 Show and Tell, Omniscience, Emrakul.

7. How have you personally tried to make some of your local matchups better? (Any spice cards, leaving out notable cards)

Not really. I have played the deck long enough to where I feel comfortable in most matchups. I usually just hope to dodge Sneak and otherwise, I feel like I’ve got a good shot at beating everything else. The deck was also not super great versus Breach – but what was? And now that Breach has been axed, I think Loam might be the best positioned that it’s ever been. It’s a very good time for the deck.

8. If someone asked you why a player would play 4C Loam over Punishing Maverick, what would your answer be?

9. What are your thoughts on Uro / Blue Loam?

I think the deck is great. It’s the best version of the deck I’ve ever played. Both cards are great and have made most of the fair matchups feel pretty favored. The way each interacts with Sylvan Library and Dark Confidant is insane because their life gain offsets the life loss. Additionally, Uro is so good with Loam and isn’t as much of a non-bo with Knight as people think. Both cards have made the deck much more dynamic than it used to be. Below is my current list for a somewhat unknown post-breach meta:

2 Sylvan library
4 Chalice of the Void

You can buy or rent the deck via Cardhoarder and support the site!

10. Has Oko’s inclusion in Loam helped any specific matchups? If so, which and how?

I mean, the card is insane. It helps versus almost every matchup that isn’t combo. It’s just better than Liliana of the Veil ever was because it also presents a hard-to-answer clock doubling as removal while also protecting itself at a high loyalty.

For example, the deck used to be pretty weak to True-Name Nemesis, and you needed to find a Lily to answer it – but only if you could also answer every other creature on your opponent’s board. But now, Oko and Uro both mitigate the 3 damage from TNN and it’s not nearly as effective against us as it used to be. Oko and Uro have made a huge impact in the Delver matchups but also against snowko decks because of their hard-to-answer nature and inevitability.

They have been huge additions to the archetype and I can’t really see playing with the deck without them now. Even if they ban Oko at some point, I believe the deck would still be blue-based for Uro and could just slot back in Liliana in place of Oko.

11. What are your thoughts on Klothys, God of Destiny? Here to stay or a card that’s still yet to prove itself? 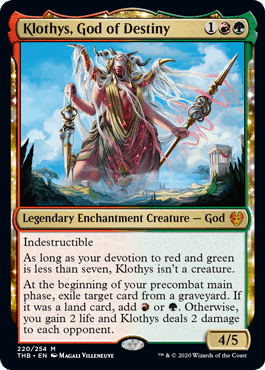 I haven’t tested Klothys, God of Destiny much. So far, I think it’s worth running in the 4c red and 5c versions in addition to Punishing Maverick. It seems like a house in the control matchups, functioning as a pseudo 3 mana Deathrite Shaman.

A huge thank to you Connor for taking the time to answer my questions. These interviews have been really interesting to put together and I already have another in the works. If you have any questions for Connor, be sure to comment below.