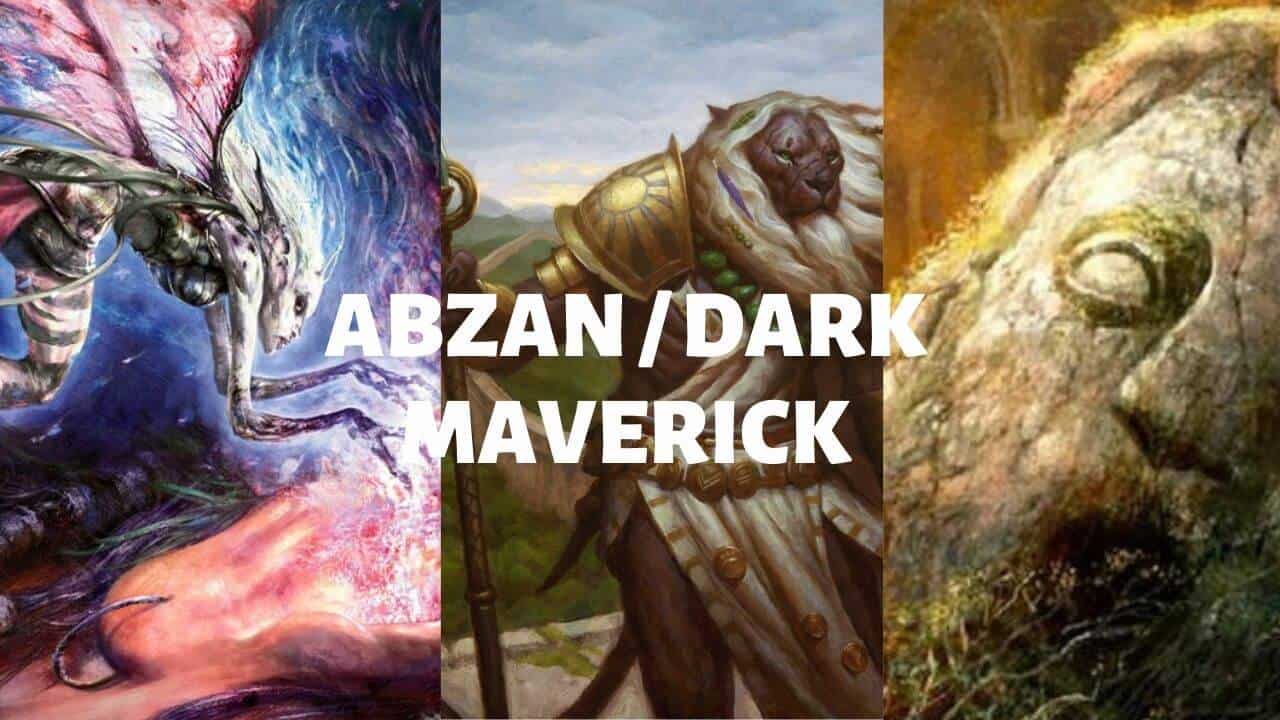 Dark Maverick is a variant of the deck which splashes (you guessed it) black mainly for the choice of sideboard cards such as Thoughtseize, Zealous Persecution, Abrupt Decay and Assassin’s Trophy. Plague Engineer is another recent printing which has fit into the 75 really well, being played both in the maindeck and sideboard.

Players have been opting for the black splash not long after the traditional GW deck was established in the meta as it gives the archetype answers to threats that GW sometimes falls short of. The first of these builds also ran Deathrite Shaman and Dark Confidant, but since then the deck has moved away from Bob and towards a more Green Sun’s Zenith orientated build. Deathrite Shaman was of course also a huge gain for the black splash, however since the one mana ‘walker is now banned, some players did move back to the GW build or go for the punishing version. 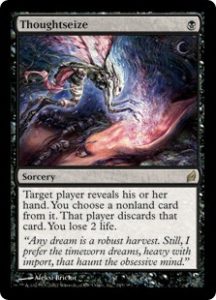 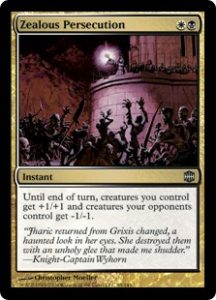 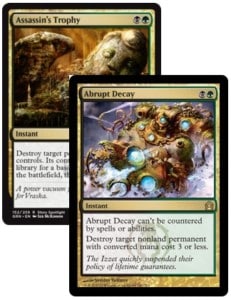 As fast combo and some heavy control matchups do not bode well for Maverick, access to hand disruption like Thoughtseize can give Maverick players not only time to setup a heavy boardstate, but also gain knowledge about what’s to come. This can really shine when wanting to know what Green Sun’s Zenith target you’re wanting to go after in the early stages of a game. You can read more about what you gain from splashing black here.

Now compare that to the deck’s 75 in 2018 with Qitong Hu’s Top 8 list from Beijing Orlov’s Legacy Event or this Maverick Top 8 finish at the 2019 SCG Syracuse Legacy Classic from Adam Gouveia. It’s really interesting to see Tarmogoyf in the deck but as Jon noted its ability to dodge Delver removal like Forked Bolt and Lightning Bolt made it an inclusion Jon was happy with. However without a disruption aspect, Goyf has never really been since in Maverick since other than the odd pop up (shout out to Mark Strassman, Punishing Maverick aficionado who I believe plays 1). The printing of removal like Fatal Push has also put pressure on the value of creatures on your deck. A creature like Goyf can often enough be caught as a vanilla beater which just isn’t good enough sometimes for a tool box disruption deck like Maverick.

Below you can see MentalMisstep’s winning Dark Maverick list from the 2019 MTGO Format Playoff. Knight of Autumn has an array of useful abilities, Knight of the Reliquary allows you to tutor for lands at instant speed while newly printed Plague Engineer can turn your opponents battlefield into a Wasteland. Tireless Tracker can create a huge amount of card advantage whilst pressuring your opponents life total and well, don’t even get me started on Scryb Ranger. Every creature has it’s place in the deck and with Green Sun’s Zenith you have access to as many as 5 copies of any green silver bullets.

Bojuka Bog is an interesting choice for sideboard graveyard hate. You can actually get multiple uses out of it with Ramunap Excavator. If you already have Bojuka Bog and a Wasteland in play and you really need to exile your opponents graveyard, you can Wasteland your own Bog and then play it as your land for turn from the graveyard, triggering it’s ETB effect.

There were a few players who finished 2019 with some really nice results, including Jonathan Yanik (Dreadnaught33) who placed in the Top 32 of a MTGO Legacy Challenge with Abzan Maverick.  Brian Mears also came Top 4 in the MTGFirst Game Center Quest for Duals tournament running this Abzan list.

I think more players are going to move towards the black builds of Maverick this year, many already also trying out BANT, 4c and 5c variants. New cards such as Plague Engineer and Vraska are really appealing, help with some tough matchups Maverick has and are also not too expensive to pick up.

If you’re wanting to find gameplay and coverage, check out the coverage section or even better, check out my Twitch where I stream Wednesday’s at 7:30pm Australian Eastern Standard Time and Sunday mornings around 10:00am AEST. I usually stream Dark Maverick, with all my videos also ending up on my Youtube channel.

Personally I feel the power you gain from having access to cards like Thoughtseize to better your combo and control matchups, Plague Engineer and Zealous Persecution to answer go-wide strategies and Abrupt Decay or Assassin’s Trophy far outweighs the advantages of any other build right now. With the current dominance of Oko, Thief of Crowns, I’ve found a really nice answer in Vraska, Golgari Queen. She sticks around after you’ve used her decay ability, meaning you’re not down a card unlike other 1 for 1 removal.

I will admit the consistency of the GW manabase is a big reason to not splash a colour, but the ability to interact with your opponents hand or have a one sided board wipe in Zealous is a fantastic addition to Maverick.