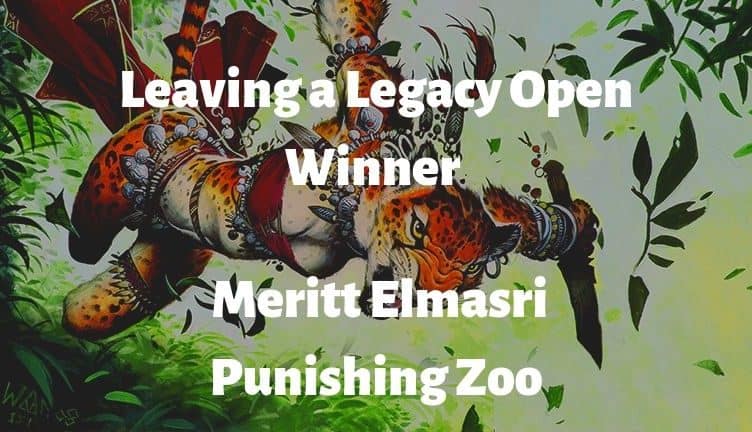 The Leaving a Legacy Open hosted 97 players in a 7 round cut-to-top-8 epic. If you told me a week prior that the winning list was running 4 Lightning Bolt, 4 Tarmogoyf and…4 Wild Nacatl, I don’t know if I would have taken you seriously. Meritt has done just that, winding back to clock and taking down the Legacy Open with a straight forward yet high powered Punishing Zoo 75.

A huge thank you to Meritt for his time and answering some of the questions I had when I found out the Zoo was Loose.

Magic has been a part of my life to varying degrees since around 2001. From then until 2011 I played on again / off again very casually. Starting in 2011, I got more serious about Magic and have been playing continuously since then. My first competitive deck was Birthing Pod during Scars of Mirrodin/ Innistrad Standard. I didn’t finish my first Legacy deck until the summer of 2014, a few months before Khans of Tarkir came out. That deck was GW Maverick. Fortunately, New England has a thriving Legacy scene, and before long I became a Legacy fanatic. I played several times a week at local stores and travelled to many large events. In April 2019 I moved to Jacksonville, Florida, which isn’t a big area for Legacy. As a result, I now play much less paper Legacy, but still fly out to play bigger events. Occasionally I will play some Legacy on MTGO to compensate, but I find that far less enjoyable than paper Magic. My favorite deck is Punishing Maverick, which is also the deck I have spent the most time playing and achieved the best results with.

Why Zoo? How much testing did you get done with the deck before the Leaving a Legacy Open?

My initial plan was to play Maverick at this event. However, the prospect of playing against Dreadhorde Arcanist, Wrenn and Six , and Plague Engineer all day with Maverick wasn’t thrilling. I decided to go with Zoo instead because I thought it would be a bit more robust against those cards. Also, I just really felt like slinging Wild Nacatl ‘s. I didn’t get much testing done before the event, just a few games with local friends – however I have played similar Zoo decks for several years though. 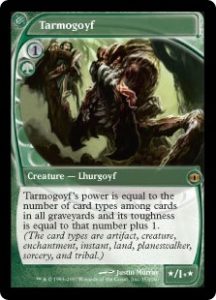 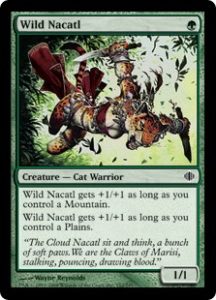 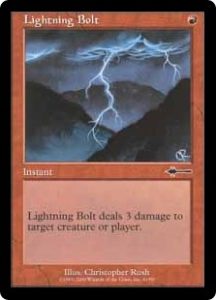 Wrenn has been all over Legacy recently. How did you get to only 1 Wrenn and in the SB over the maindeck?

Honestly, I am not sure how Wren and Six should be incorporated in Zoo decks – it’s possible the whole deck needs to be built around it . Having not tested this possibility, I am confident that at the very least one belongs in the sideboard. A Chandra, Pyromaster often found its way into my sideboard, and Wrenn and Six is almost a strict upgrade. For this event I wasn’t sure how to modify the maindeck, so I just stuck with what I knew worked from past experience.

What I didn’t want to play against: 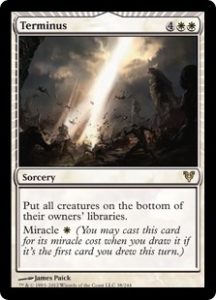 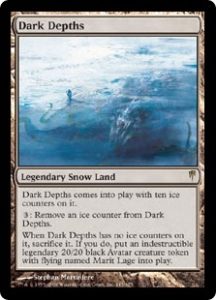 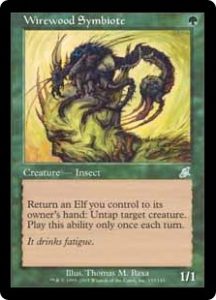 What I wanted to play against: 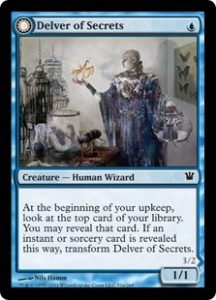 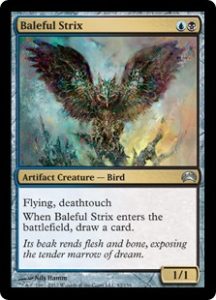 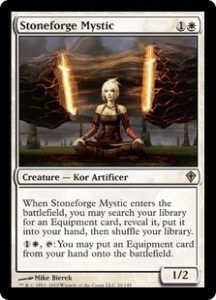 What did you play against during each round of the Open?

The Final: I must note that after I won game 1 of the final, it was discovered that my opponent had a decklist error, and they were given a game loss as a result. I believe it was an unfortunate mistake on my opponent’s part and was not ill-intended.

The deck definitely needs to be re-evaluated to better incorporate Wrenn and Six. It is possible this results in Punishing Fire being removed. Otherwise, no major changes at the moment, barring a significant meta shift.

Why Pun Zoo over Maverick? Where did you feel the advantages of Zoo lay?

Essentially, I believe Punishing Zoo is better against most fair Blue decks than Maverick, but Maverick is equal or superior to Zoo in almost every other matchup. If you are expecting lots of Delver, Grixis, BUG, and Stoneblade decks, you should consider playing Punishing Zoo.

Zoo is better than Maverick against these kinds of decks because Zoo is more streamlined and proactive. Your creatures are good by themselves, put pressure on the opponent, trade efficiently with opposing cards, and are bigger than most opposing creatures. Your suite of removal spells can handle almost any creature, and any left-over burn can reduce the opponent’s life total. Your card quality is homogeneous, with lots of more or less interchangeable cards, and you can consistently enact the same game plan of deploying threats and removing opposing threats/blockers.

Maverick has heterogeneous card quality as it is more toolbox-focused. Many of its cards are synergy-based and not individually powerful or threatening. Maverick also cannot win quickly, and requires a lot of mana to function optimally. These factors can cause Maverick to struggle against both Delver of Secrets decks which aim to compress game states, and Blue midrange decks which aim to have a powerful endgame.

Where do you see Legacy Zoo going from here?

Honestly…not very far. The reality is that its only an OK deck, and you can get away with winning a 7 round Legacy event with an OK deck. It will be interesting to see if folks pick up the deck and whether it is able to put up more results. I would be very happy if it did. If nothing else, this result showed that it is possible to win a 7 round event with Zoo in 2019. Many players probably wouldn’t have thought so.

Did you have any fun-of’s you wanted to play but they didn’t make the cut?

Tireless Tracker almost found a spot in the sideboard, but I decided to play Garruk Relentless instead since it is more resilient against Terminus.

What are your thoughts about the new Domri Planeswalker – Domri, Anarch of Bolas? Do you believe it would be worth testing in a Legacy Zoo shell?

Domri, Anarch of Bolas is a cool card. It probably excels against Delver decks, but I believe it would be lackluster against Miracles and Grixis control, which are the matchups we want this type of non-creature permanent to shine in. Un-counterable creatures are nice, but we are more worried about spot removal and 2-for-1’s in those matchups, and this Domri does not line up particularly well against those factors.

Why Wild Nacatl? Is the importance of a turn 1 3/3 for pressure good enough in the format?

Why Delver of Secrets? 1 mana 3 power creatures are just good threats in Legacy due to their efficiency. Obviously Delver has evasion and encourages you to play with Brainstorm rather than Plateau, but the principle behind the two cards is the same. 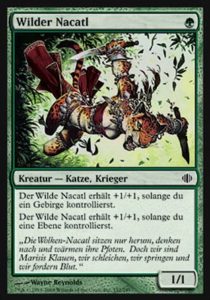 Fun Fact: The German printing of Wild Nacatl is a strict upgrade on the cat warrior from Alara. Why? Because it’s Wilder.

I always find it refreshing to find out a ‘rogue deck’ has won a large Legacy tournament over the past weekend. When I saw it was a the fairest* deck Legacy Zoo that took down the LaL Open – I was over the moon. It’s my belief these days too many players brush off testing old or new archetypes or cards in Legacy because they just believe ‘it’s probably just not good enough‘. Test. Test. Test. Please.

A huge thank you to Meritt for his time in answering my questions, to those of you who put forward questions for him to answer and to the Leaving a Legacy crew for putting on (what I heard was) another great event. Like Meritt I don’t believe this pushes Zoo up the tier scale but hopefully it motivates some players to dust off their Wild Nacatl‘s and see how they perform.

Have any questions for Meritt? Comment below or reach out to him either through his Twitch channel or as Seraphix or s3raphix on The Source and Discord.