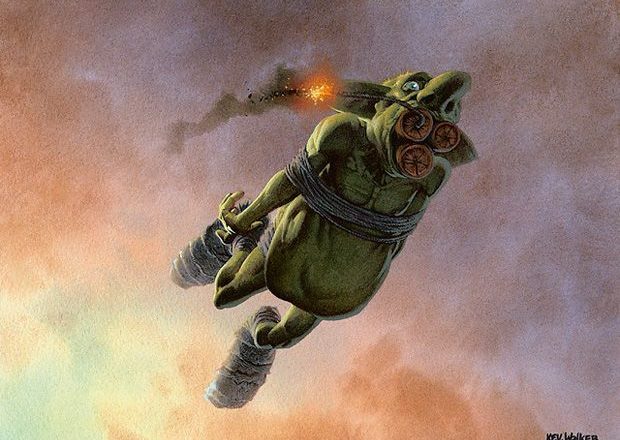 GoblinLackey1 and myself decided to reignite the age old war between goblin and human. We hosted a set of exhibition matches both pre and post board to see where the match up currently is, what cards are powerhouses and where both decks struggle with their own weaknesses.

GoblinLackey1’s stream can be found here:

You can find my stream (Maverick’s point of view) here:

Overall I believe Goblins got ahead, especially in the post board games. This was actually pretty surprising to me. I know Maverick doesn’t have a great time against decks that can go wide fast (Elves, Goblins, Pyromancer decks) but I felt post board we would have edged out Goblins. Zealous Persecution was the big game breaker I was digging for the majority of games as Goblins has a great ability to go wide and not care about my x/x Knight of the Reliquary’s.

Maverick has a tendency to rely on 1 or 2 heavy beaters to win the game which Goblins has some great defences against with creatures like Mogg Fanatic that produce more and more chump blockers until they find a spot to swing in for lethal (or near to).

Aether Vial vs. Green Sun’s Zenith is also a big part of the matchup with Aether Vial allows Goblins to flood the board faster especially in the early game but GSZ allows for great late game top decks and tutor-ability for cards like Scavenging Ooze to really get back in a game.

Goblin Trashmaster and Goblin Cratermaker have really given Goblins some new tools at attacking similar archetypes like Death & Taxes, but doesn’t punish Maverick to the same effect (who usually only run 2 equipment pieces compared to 3 equipment, 4 Aether Vials and some artifact creatures in Death & Taxes). Overall I believe the matchup between Goblins and Maverick to be tough, but not as bad as some of the other fair decks in the format.